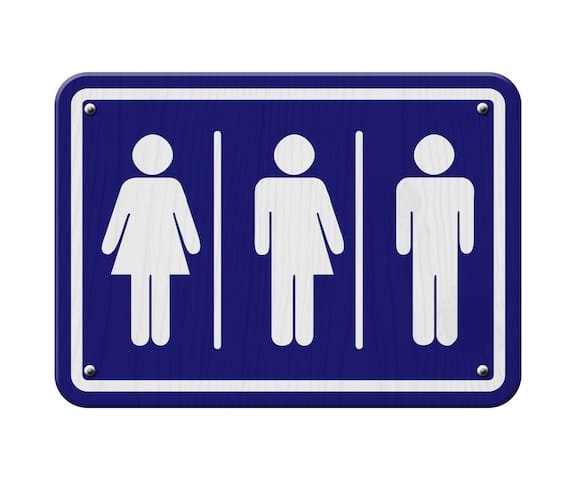 The United States Court of Appeals for the Fourth Circuit is now the highest court to date to weigh in on the transgender bathroom debate.

A three-judge panel of the Fourth Circuit has ruled that a rural Virginia school district cannot ban a transgender student from using a school’s boys’ bathrooms and locker rooms. The Court based its ruling on the current administration’s interpretation of Title IX of the United States Education Amendments of 1972, which permits students who identify as transgender to choose which bathrooms they will use. The ruling comes as the result of a transgender teen taking action to appeal a court decision that had denied him access to his school’s male facilities.

Gavin Grimm, a student at Gloucester High School in Gloucester, VA, was born a girl but now identifies as male. For seven weeks, the 16-year-old had been using his school’s male facilities, which garnered complaints from angry parents. In response, school officials barred Grimm from using the boys’ bathrooms and locker rooms because he remains biologically female. As a proposed solution, the school installed single-person, unisex bathrooms that all students were permitted to use.

Grimm found this to be insufficient. He enlisted the help of the American Civil Liberties Union (ACLU) and, along with his parents, sued the school district under Title IX, which has prohibited discrimination on the basis of sex since its passage in 1972. Grimm alleged that the school’s bathroom policy caused him to feel humiliated and singled out every time he needed to use the restroom.

In September 2015, a United States District Court judge ruled against Grimm, holding: “Title IX prohibits discrimination on the basis of sex and not on the basis of other concepts such as gender, gender identity, or sexual orientation.”

Following the district court’s ruling, Grimm and the ACLU filed an appeal with the Fourth Circuit. On April 19, 2016, in a 2-1 split decision, the Fourth Circuit panel hearing the appeal overturned the lower court’s ruling, finding that the court had failed to obey the United States Department of Education’s interpretation of Title IX. That interpretation requires that transgender students be permitted to use the bathroom they feel best matches their gender identity.

In striking down the lower court’s ruling, the Fourth Circuit held that the wrong evidentiary standard was applied in the case. Therefore, the dismissal of Grimm’s Title IX claim was reversed and the case was sent back to the district court for reconsideration under the proper standard, namely that set forth by the Department of Education.

Much of the debate around Title IX in the context of transgender bathrooms arises because the text of the law does not specifically address the potential conflict between biological sex and gender identity. When such an ambiguity exists, the Fourth Circuit held, the court should look to the federal government’s interpretation of the law – here, the Department of Education’s position that transgender students can choose their own bathrooms. Because it determined that the district court judge substituted his own opinions of what “sex” meant, rather than following the government’s interpretation, the panel struck down the ruling and remanded the case for reconsideration under the Department of Education’s interpretation.

The ACLU lauded the Fourth Circuit ruling as a major step in protecting the rights of transgender students to use sex-segregated facilities that are consistent with their gender identity. The decision marks the first time that a federal Court of Appeals has addressed the issue.

The Grimm case is garnering much attention from advocates for LGBT rights, as the Fourth Circuit covers states other than Virginia, including Maryland, West Virginia, South Carolina, and, most notably, North Carolina. North Carolina has recently come under fire for a new law that prevents transgender individuals from using public restrooms of the gender with which they identify. There is much discussion that the decision on the Grimm appeal may serve as precedent for transgender students to now challenge the North Carolina law as well.

As for Gavin Grimm, it remains to be seen how the district court will rule on his Title IX claims upon reconsideration.
Appeals are a complicated and time-consuming process. The Law Office of Corey Evan Parker is dedicated to handling all aspects of civil and criminal appeals. If you are looking to appeal a court decision, please feel free to contact Mr. Parker today for a no obligation consultation.