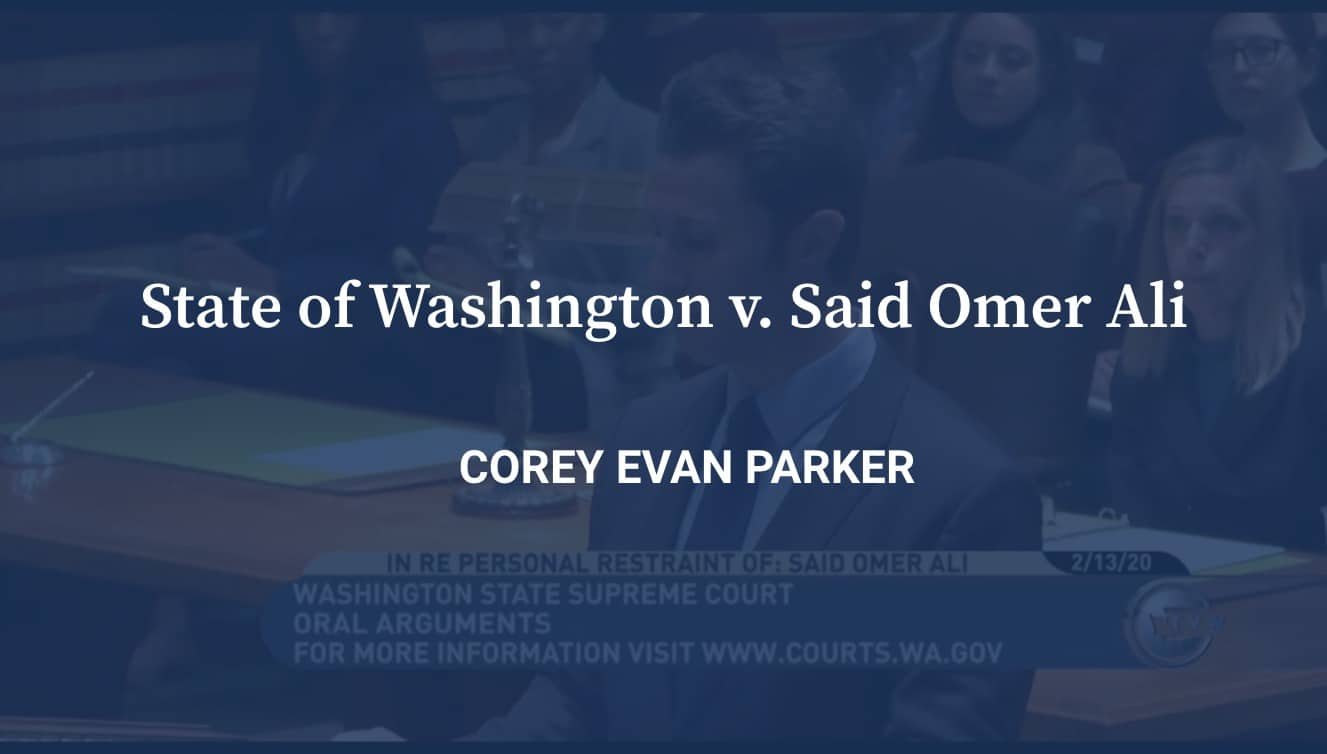 The Appellate Law Firm successfully argued the case of Said Omer Ali before the Washington Supreme Court. This case established a time bar exception for incarcerated defendants who were under 18 at the time of their alleged crime to petition for resentencing if they can establish that youth was not considered at sentencing. “Children are different.” Youth should be considered when sentencing children for adult crimes. That is the hard-won precedent set by the attorneys at The Appellate Law Firm before the Supreme Court of Washington. Not only was this a landmark win and a win for the client, but The Appellate Law Firm helped contribute to a new standard that will ultimately be beneficial to others in the same or similar situation.