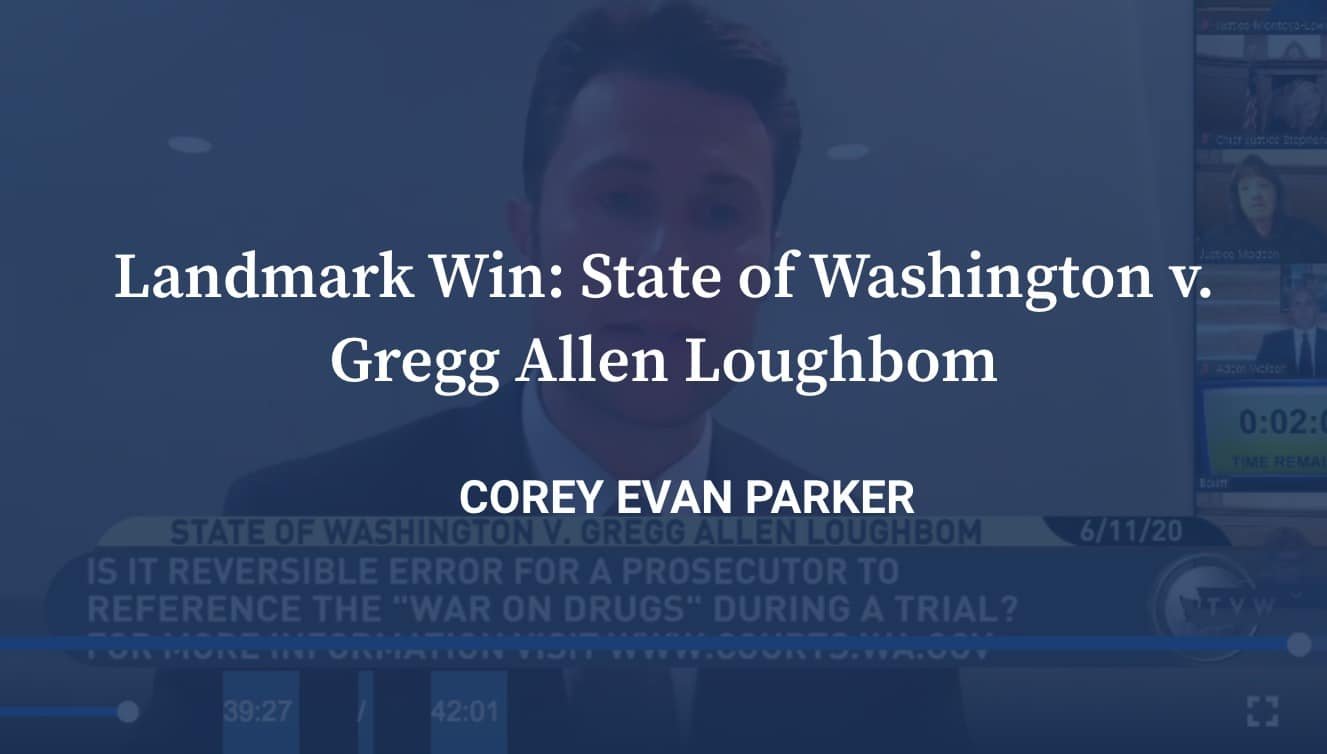 Landmark Win: The Appellate Law Firm successfully argued in front of the Washington Supreme Court regarding misconduct through framing the initial case (State of Washington v. Gregg Allen Loughbom) as “Yet Another Battle In The Ongoing War On Drugs Throughout Our State And Throughout Our Nation As A Whole.” The client was initially denied a fair trial based on this notion but due to The Appellate Law Firm’s persistent persuasion, The Washington Supreme Court agreed with the notion and sent the case back for a new trial.