What is the Double Jeopardy Clause in Criminal Law? 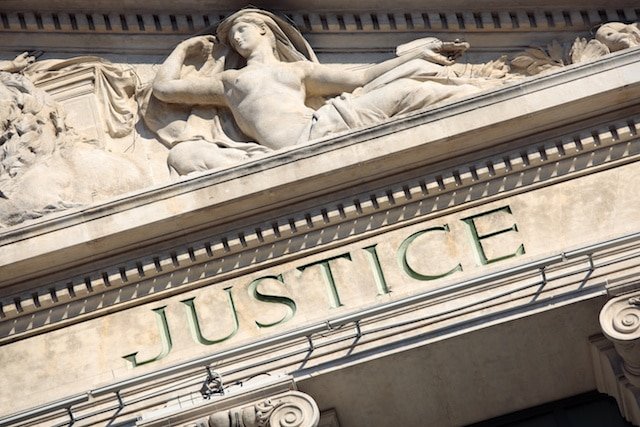 “Double jeopardy” is one of those legal phrases we have all heard on a regular basis (thank you very much, Alex Trebek), but can be hard for the layperson to understand or describe. Double jeopardy is actually a criminal law protection that comes to us from the Fifth Amendment included in the original Bill of Rights (which also includes the right against self-incrimination as well the guarantee of due process from the federal government). Below we explore how the double jeopardy clause protects defendants and when it can and cannot be used.

You Cannot Be Put on Trial for the Same Crime Twice

The word “double” does not actually appear in the Fifth Amendment double jeopardy clause which actually reads: “…nor shall any person be subject for the same offense to be twice put in jeopardy of life or limb…”

You also cannot be put on trial a second time for what are called “lesser-included offenses,” which are crimes which include proving the elements of the first crime.  Thus, if you were found not guilty of burglarizing a house to commit larceny therein, you cannot later be brought to trial for the lesser crime of larceny.

A key factor in determining whether prosecutors are prevented from bringing charges against based on double jeopardy is whether jeopardy “attaches” to an initial proceeding. For example, if you are investigated by a grand jury that decides not to bring charges, jeopardy does not attach and a second grand jury can later bring charges. But if you are in a jury trial, and a jury has been empaneled against you, then jeopardy will attach, and the prosecutor cannot then dismiss the charges and bring a second set of charges against you based on the same conduct.

There are a number of situations, however, in which double jeopardy does not apply to the prosecution bringing charges against a defendant for a second time or appealing the case, and these situations include: