Can I Appeal a California Case That Was Dismissed or Decided on Summary Judgment? 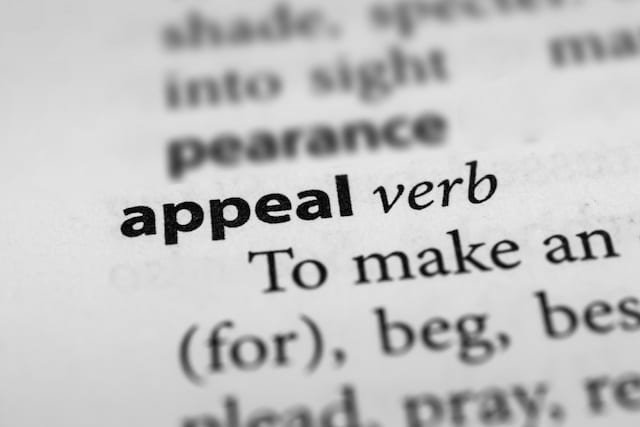 Appealing a Demurrer in California

When a defendant files a demurrer in California (note that this is called a “motion to dismiss” in federal court and most other states), he is essentially saying that there is not enough information in the plaintiff’s complaint to state a valid cause of action against a defendant. This argument could be based on the idea that the plaintiff literally has not included enough information to show how the defendant’s action created a cause of action, or that the facts presented in the complaint do not actually amount to a valid cause of action. For example, if a plaintiff brought a negligence claim against a defendant, but failed to include any facts in the complaint showing how the defendant’s action actually caused the plaintiff’s injuries, the defendant might file a demurrer which is granted, causing the action to be dismissed.

But if no leave to amend was included, the plaintiff can appeal the order dismissing the case to the appeals court. On appeal, the appellate court will only look at the allegations made in the complaint to determine whether the trial court erred in deciding there was not sufficient information to sustain a cause of action against the defendant.

Appealing an Order for Summary Judgment in California

With an order for summary judgment, the court has decided that there are no facts in dispute that the jury could decide on in a way that would actually affect the outcome of the case, and thus the case is decided one way or another (which could be in either the plaintiff’s or the defendant’s favor) by the judge without it ever going to the jury. There are two main ways to get here: 1) first, the judge might find that the plaintiff and defendant agree on all the facts and the only issue is how the law affects those facts, which is a job for the judge and not the jury; or 2) second, the judge might believe there are facts in dispute, but the law would treat the case the same way regardless of how the jury decides on those facts.

As with a demurrer, a plaintiff (or a defendant) can appeal to a California appellate court once the judgment is handed down. The appealing party can argue either that 1) there were actually facts that the jury needed to decide which would have had an impact on the case; and/or 2) that the judge was wrong in applying the state or federal law to the facts before him or her.

Both plaintiffs and defendants have a very limited window to file a notice of appeal after either a demurrer or summary judgment.

The Law Office of Corey Evan Parker is focused on the civil and criminal appeals process in Washington and California. If you are considering filing a criminal or civil appeal, feel free to contact Mr. Parker today for a no obligation 30 minute consultation.