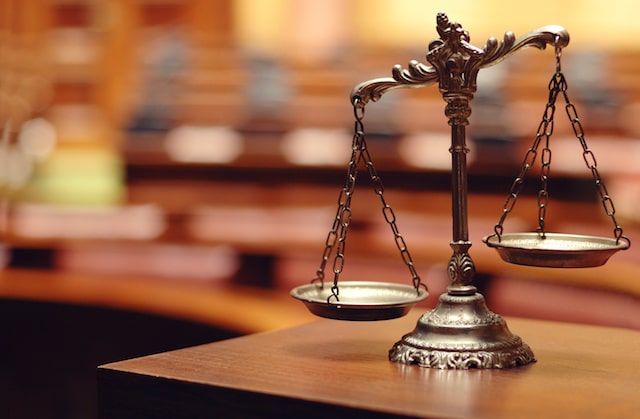 In early June, the Supreme Court of California overturned a defendant’s criminal conviction for making criminal threats against a group of police officers in Indio for flashing gang signs and pantomiming violent acts. The high court, which reversed both the lower appeals court and trial court, ruled that using hand signals and mimes could not be considered verbal conduct within the meaning of California’s law against making criminal threats, a crime which can be treated as a misdemeanor or felony and mean up to three years in prison. The case is a testament to the power of persistence in making a criminal appeal when judges in the lower courts appear to be reading the criminal statutes incorrectly.

The Facts of People v. Gonzalez

The ruling related to a conviction for a 2013 incident in which an off-duty Cathedral City police officer walked into a diner in Indio, California and noticed a woman with whom he had gone to high school and smiled at her. She was sitting with a number of males with gang paraphernalia and gang-related tattoos. The men stared at the police officer and his fellow officers in a “confrontational way.” The men then left the diner, got into a SUV, and drove in front of the window behind which the officers were seated. The defendant, Mario Gonzalez, made a “JT” gang sign with his hands to reference the Jackson Terrace gang the men were a part of, then mimicked shooting a pistol in the air. Another man with Gonzalez then mimicked slitting his throat before the car drove off.

Gonzalez was arrested and convicted for violating Section 422 of the California criminal code which prohibits threats to commit a crime resulting in death or serious bodily injury which cause a person to fear for his or his family’s safety, even when the defendant has no intent to carry it out, when the statement is “made verbally, in writing, or by means of an electronic communication device…”

The High Court Rules Hand Signs Are Not Verbal

In overturning Gonzalez’ conviction, the Supreme Court focused on Section 422’s requirement that the threatening statement at issue be made verbally, in writing, or by means of an electronic communication device. Because the gang signs were not in writing or electronically communicated, the court set out to determine whether hand signs could be considered verbal.

While the Court of Appeals held that the gang sign and pistol mime could be considered tantamount to a verbal threat, the high court ruled that “verbal” by definition relates to words, and the hand signs involved no words, thus there could not be a verbal statement invoking Section 422.

One novel argument presented by the prosecution was that the pistol hand mime corresponded with the American Sign Language (ASL) word for gun, but the court ruled that there was no evidence the defendant was using ASL to communicate with the officers, thus it could not be considered a verbal act. In a non-binding concurring opinion, Judge Werdegar wrote that the use of a hand sign to refer to “Jackson Terrace” might be considered verbal as it referred to those specific words, but it was not an argument raised by the prosecution.

If you received an unfair outcome in a criminal case, you may be eligible to appeal your verdict. The Law Office of Corey Evan Parker is focused on the civil and criminal appeals process in Washington and California. If you are considering filing a criminal or civil appeal, feel free to contact Mr. Parker today for a no obligation 30-minute consultation.