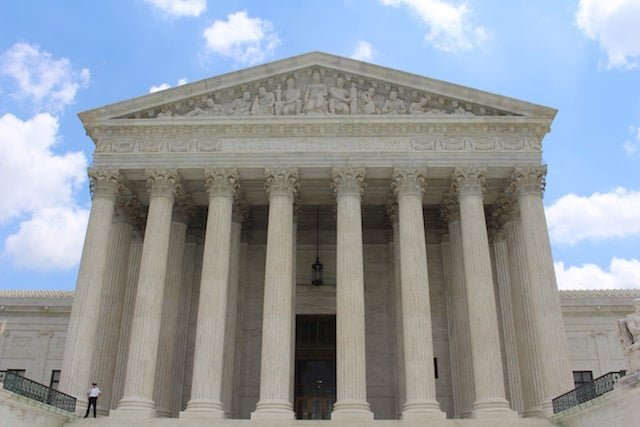 In a 6-3 decision, the U.S. Supreme Court has allowed a Georgia death row inmate to continue pursuing his appeal based on the fact that attorneys were able to produce an affidavit from a juror who voted for conviction in the 1991 trial that evidenced racial bias in the inmate’s trial. The inmate, Keith Leroy Tharpe, has been convicted for the murder of his sister-in-law Jacquelin Freeman, 27 years prior, and had been denied in pursuing his habeas corpus appeal by three separate courts – a Georgia state court, a federal district court, and the U.S. Court of Appeals for the 11th Circuit – before the U.S. Supreme Court ordered in his favor by remanding the case back to the district court for further analysis of whether Tharpe should win relief in his death row appeal.

Tharpe’s defense attorneys pursued a habeas corpus petition (a petition which asks a court to free a prisoner of the state that is being wrongfully held, which can sometimes be pursued after direct appeals of a criminal verdict have run out), after interviewing one of the jurors from Tharpe’s trial, and having him sign an affidavit.

In the sworn affidavit, the juror Barnie Gattie made the following statements, among others:

Tharpe’s Long Road to a Success at the Supreme Court

Because Gattie’s statements indicate that he and other jurors were biased against black defendants, the attorneys sought to have the conviction overturned, but the state court denied the request. The attorneys then pursued the habeas corpus appeal in federal district courts, as federal courts do have the power in some cases to supersede the rulings of state courts in such appeals. The federal district court also denied the appeal.

The attorneys then sought justice at the Eleventh Circuit, seeking a Certificate of Appealability (COA) from the state court’s denial. There, the court found that there was not clear and convincing evidence “to demonstrate that Barney Gattie’s behavior had substantial and injurious effect or influence in determining the jury’s verdict.”

The U.S. Supreme Court ruled otherwise, finding that the racial statements in the sworn affidavit did in fact rise to the level justifying that the federal district court should conduct an inquiry into whether the state court erred in denying Tharpe’s requests by examining the question of the juror’s bias with regard to the jury verdict

Help In Your Criminal Appeal or Habeas Corpus Petition

The Law Office of Corey Evan Parker is focused on the civil and criminal appeals process in Washington and California. If you are considering filing a criminal or civil appeal – including a habeas corpus petition – feel free to contact Mr. Parker today for a no obligation 30-minute consultation.